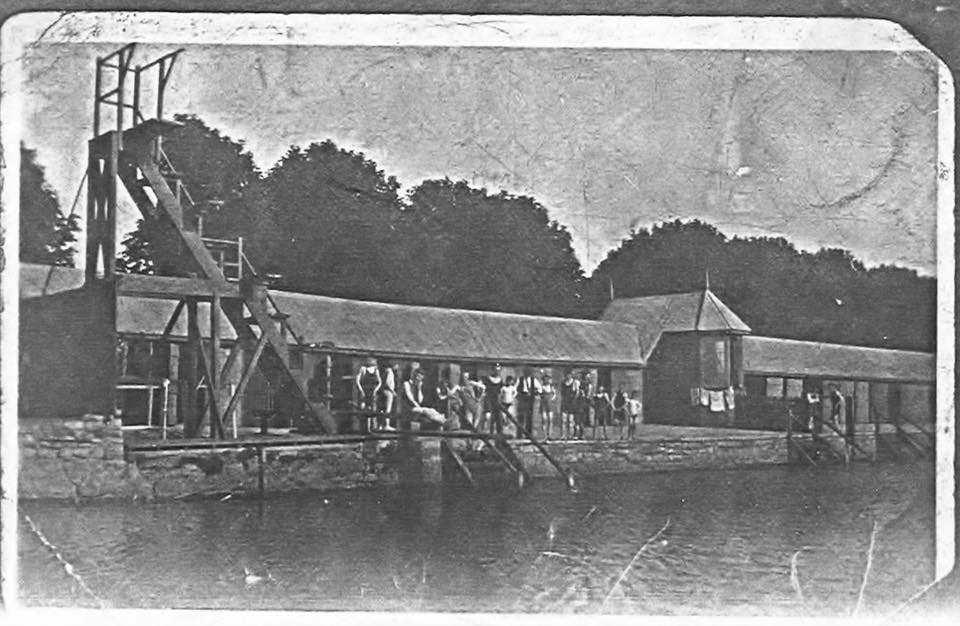 Turning back the years- The Bathing Station

By dbullockAugust 21, 2018News
No Comments

The weir on the River Tone at French Weir was first built in the early 13th century when the mills in Taunton were reorganised and the Castle Mill Stream was built.  The weir was destroyed by flooding and rebuilt many times over the centuries e.g. c1508-11 and c1910.

By 1813 the river around French Weir had become a popular place for bathing.  In 1862 the area which is now French Weir Park was rented to the parish of St James by John Halliday and a bathing station was constructed below the weir. It had wooden changing cabins and a concrete waterfront. In 1864 the first annual swimming and diving competition took place.  This was not without controversy, as the competitors (all male) swam naked.  Complaints about nude bathing and bad language continued into the 1880s.  French Weir Park was established after 1893.

In the 1920s the bathing station below the weir was replaced by one above it. There were two diving boards and grab chains along the river bank on the park side for the swimmers to hold on to.  Use of the River Tone for bathing declined after the public baths in St James’s Street opened in 1928.